Troops Leaving Syria Will Be Assigned to Iraq, US Defense Chief Says 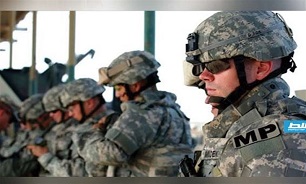 Speaking to reporters en route to the Middle East late Saturday night, the defense chief said the Pentagon had yet to work out exactly how it would conduct its campaign outside of Syria, according to the Wall Street Journal.

Among the issues to be addressed are how to conduct the US air mission, the role of allies and whether a small number of US troops could re-enter Syria to execute specific missions against the militant group, the defense chief said.

Esper said one reason for his weeklong trip to the Middle East and to North Atlantic Treaty Organization headquarters in Brussels was to iron out the specifics of the campaign against Daesh.

The Trump administration announced a full withdrawal of troops from northeastern Syria days after the Oct. 9 start of an incursion by Turkey along its southern border with Syria. Critics have said that Turkey launched its mission because officials believed Donald Trump greenlighted the move during an Oct. 6 phone call with his Turkish counterpart, Recep Tayyip Erdogan. Trump has said he didn’t give a go-ahead to the assault.

Esper said he would be meeting with allies on a key question: “What does the next phase of the counter-ISIS campaign look like?” he said, using an acronym for the terror group. He said the US hopes to continue working with Kurdish forces.

The US troops moving to Iraq have so far been assigned to conduct the US counterterrorism mission against Daesh and “help defend Iraq,” he claimed.

Esper said he spoke to his Iraqi counterpart about the arrival of the troops. There were roughly 5,400 US troops already there before the US began leaving Syria a week ago.

US troops currently are leaving Syria via helicopters, planes and ground convoys, a process that would be completed within weeks, “not days,” Esper said. He didn’t say where precisely in western Iraq those troops would be based.