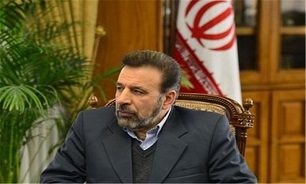 In an address to a meeting of government officials on Tuesday, Vaezi said Iran continues to make headway towards development and progress in spite of the foreign sanctions.

Although the unprecedented economic war imposed by the US government has had some adverse effects on Iran’s economy, it has failed to stop the Islamic Republic’s growing economic trend, he added.

“Thanks to the administration’s broad planning, the country has turned into a manufacturing workshop and the trend in development continues,” the official said.

Vaezi also stressed that the administration has managed to run the country despite the sanctions on the oil sales and a reduction of foreign incomes, saying the administration would have celebrated much more achievements if the US had not imposed the unprecedented sanctions after withdrawing from the 2015 nuclear deal, according to IFP news.

In remarks earlier this month, First Vice-President Eshaq Jahangiri said that despite the US government’s severe sanctions against the country, Iran’s economy was moving toward a better and more stable situation.

The US has ratcheted up pressure on Iran since last year after withdrawing from the 2015 nuclear deal, known as the Joint Comprehensive Plan of Action (JCPOA).