TEHRAN (defapress)- A senior Iranian lawmaker underlined that Washington and its regional allies, specially the US and Israel are main source of terrorism in the region, and said that the US is meddling in the internal affairs of Iraq and Yemen.
News ID: 79163 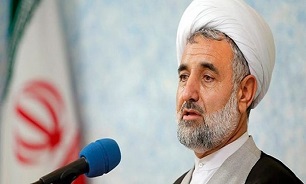 “Iran is aware of the fact that dirty hands of the US, Saudis, Zionists and the remnants of Ba’ath regime in Iraq are sponsoring these accidents,” Head of the Iranian Parliament’s National Security and Foreign Policy Commission Mojtaba Zolnour said on Friday.

Zolnour noted that the US penetration in the region will be removed only by the people of the region, and said that after being defeated in all paths Americans are trying to create tension in regional states by waging soft war.

The senior Iranian lawmaker said that the US is misusing waves of dissatisfaction in Iraq and Lebanon to achieve its goals.

Zolnour pointed to the US’ support for terrorist groups in the region, and said, “The ISIL and Takfiris were not an underground, partisan, and secret army, but in Syria and Iraq they had large territories, camps, and garrisons in Syria and Iraq.”

In relevant remarks earlier this week, Iranian Government Spokesman Ali Rabiyee took the US policies responsible for the creation of terrorist groups, including the ISIL, warning that killing of ISIL ringleader Abu Bakr al-Baghdadi is not the end of terrorism.

“Did al-Qaeda end with the death of bin Laden in the former US administration? Certainly, the Daeshism (ISIL) will not end by killing the ISIL leader. Daeshism is a stream created based on the wrong policy of intervention in the region and it has grown with the support of certain tyrannical regimes in the region on one hand, and the plundering of regional states' wealth, on the other hand," Rabiyee told reporters after a cabinet meeting in Tehran on Wednesday.

He underlined Iran's support for the fight against terrorism and murderers of innocent people, and said, "But if we take a deep look at the issue, we should dry the quagmire that has given birth to the ISIL, and part of this quagmire has been created by the US administration's policies."

Rabiyee expressed pleasure in the Syrian government's continued fight against the ISIL and its ideology in Idlib, and said, "Part of the unrests in the Middle-East and North Africa is in Idlib which is more important than the death of the ISIL leader."