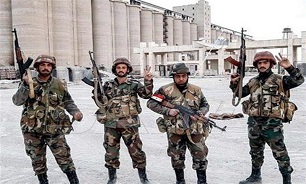 Syrian army forces operating in southeastern Idlib countryside managed to fend off two attacks on Saturday towards their positions in the area between Jarjnaz and al-Tehh town, inflicting heavy losses upon the militants’ ranks, according to the report by SANA.

The army units destroyed two car bombs, near al-Tehh and Jarjnaz towns, before terrorists could breach their lines of defense in the area.

In a counter operation, the army retaliated against the terrorists’ attack with heavy fire and forced the remaining militants to flee towards Maaret al-Numan.

Meanwhile, according to the Russian Reconciliation Center, up to 30 terrorists have been killed or wounded by the Syrian forces after two unsuccessful attacks, each involving up to 50 militants.

There are no reports of casualties among the Syrian military.

"Militants from the terrorist group Tahrir al-Sham [formerly known as the Al-Nusra Front] with the support of the Syrian National Army launched two attacks on the positions of the Syrian Armed Forces near the Jarjanaz town in the Idlib province. In each of the attacks, up to 50 militants were involved, they were supported by 5-6 pickups trucks with heavy weapons", said Maj. Gen. Yuri Borenkov, the head of the Russian Center for Syrian Reconciliation.

The province remains a major stronghold of militants from various factions.

The Syrian army has been clearing Idlib of terrorist groups since mid-December, including Daesh (ISIS or ISIL) and Tahrir al-Sham. Earlier in the week, the Syrian troops entered the town of Jarjanaz, which is located 10 kilometers (6.2 miles) east of Maarrat al-Numan, a major stronghold of militants in the southern part of Idlib.