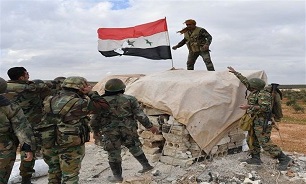 Over the past two days, Syrian troops captured at least six villages near the strategic town of Maaret al-Numan in the northwestern province of Idlib. That brought them closer to retaking a critical north-south highway that passes through the town, AP reported. It's been held by the rebels since 2012.

Syrian state TV said forces captured the village of Ghadqa near Maaret al-Numan early Sunday. Among the six nearby villages captured over the past two days were Tel Manas and Maarshamarin, according to SANA.

Opening the highway would reduce travel time between Damascus and Aleppo by two hours since drivers now must take a longer desert road.

Idlib remains the only large area in the hands of terrorists after the Syrian military managed to undo militant gains across the country and bring back almost all of Syrian soil under government control.