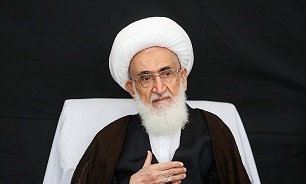 Speaking at a meeting with a number of Indian Muslim scholars in Iran’s holy city of Qom, Ayatollah Nouri Hamedani emphasized that the world’s Muslims should not keep silent on the enemies’ sedition.

“The only way to thwart the enemies’ hostilities is the unity of Muslims,” he said, adding, “Muslims’ duty regarding the Islamic world’s developments is very heavy.”

The cleric further warned about the so-called deal of the century, saying that the Muslim Ummah (community), especially the scholars, should confront the serious conspiracy aimed at destroying the Palestinian cause.

The deal of century ploy, fronted by US President Donald Trump’s son-in-law Jared Kushner, had already been rejected by the Palestinians, who say the White House’s policies have been blatantly biased in favor of Israel.