US Is World’s Top War Instigator Not Iran

TEHRAN (defapress) – Iran’s Foreign Minister Mohammad Javad Zarif reacted to US Secretary of State’s recent push to extend a UN arms ban on Iran, saying that while Mike Pompeo is so worried about Iran, it is Washington which is "pouring weapons all over the globe".
News ID: 80990 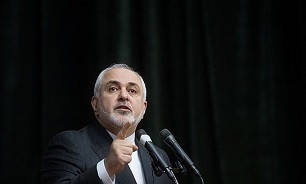 Yet @SecPompeo is apparently so worried about Iran—a huge US arms customer till 1979—that he's pouring weapons all over the globe.#UnitedStatesOfArms," Zarif tweeted on Saturday.

A report by The New York Times on April 26 said Pompeo plans to invoke a provision in a UN-endorsed international nuclear agreement, which Washington left in 2018, in an attempt to either extend beyond October the UN arms embargo in place against Iran since 2006/2007 or get the world body to slap even harsher sanctions on the Islamic Republic.

The removal of Iran's arms embargo is based on the nuclear deal -- officially known as the Joint Comprehensive Plan of Action (JCPOA) -- signed between Tehran and major world powers in 2015.

Pompeo recently said that the US retained the power to extend the ban on arms sales to Iran under United Nations Security Council Resolution 2231, despite quitting the 2015 nuclear deal.