TEHRAN (defapress) – The US-Saudi aggression and its mercenaries are continuing their raids and bombardments on a number of Yemeni governorates, violating the ceasefire in the country.
News ID: 80996 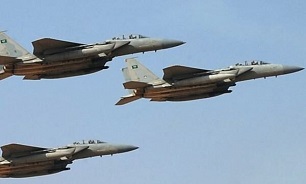 The aggressions by the coalition have caused several more damages to the public and private properties in Hodeidah.

In Hodiedah, US-Saudi forces committed 69 violations, including 5 breaches using more than 120 artillery shells and 62 others with several gunshots.

In Najran, the aggression launched 4 raids on Al-Sharafah and Al-Shabakah.

Furthermore, the forces of the US-Saudi coalition are still detaining 15 ships are loaded with petroleum products and foods.

A source in Hodeidah port said that the tankers that the aggression forces are detaining carry more than 410 thousand tons of gasoline and diesel.

The source pointed out that the aggression deliberately detained ships of oil derivatives and food for a long time amid the economic war that was imposed against the Yemeni people for five years, pointing out that the detained vessels have permits to enter the port of Hodeidah.

Yemeni worker's Trade Unions affirmed, Saturday, that about 17,000 workers in Yemen were killed and injured due to raids of the US-Saudi aggression in five years.

The Unions indicated that the forces of aggression targeted industrial and productive establishments, which led to the accumulation of workers and an increase in unemployment. It pointed out that the aggression targeted 355 factories, during which more than 878 workers were injured.

The statement also indicated that more than 15,000 workers lost their job opportunities in the oil sector due to the aggression and the blockade.

The Unions held the US-Saudi aggression forces full responsible for the destroying and genocide inflicted on Yemen.