TEHRAN (defapress)- UK Health Minister Matt Hancock’s claim to have triumphed in meeting his goal of 100,000 tests a day appears in serious doubt after the government failed for the fourth time in a row to hit the target they believe is crucial for exiting the lockdown.
News ID: 81034 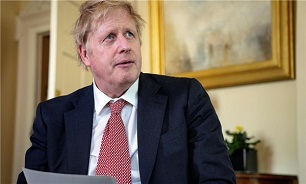 The government’s announcement of the latest figure came after Prime Minister Boris Johnson set out a new target of capacity for 200,000 tests a day by the end of May – a goal immediately dismissed by medics and opposition figures as a stunt to distract from Wednesday’s shortfall, with just 69,463 tests carried out or posted to recipients. With some doubles, those tests were provided to a total of 57,006 people, The Guardian reported.

The government has acknowledged that large-scale testing and contact tracing will be vital to end the lockdown, but experts warned that the UK’s low levels and patchy availability for NHS sites and care homes meant that would not be possible yet.

When Hancock announced on Friday that he had been successful in reaching his goal by hitting more than 122,000 tests on the day, he described the landmark as an “incredible achievement” and said that testing was “crucial to suppress the virus” and would “help us to unlock the lockdown”.

But after hitting the target again on Saturday, the figure has remained below 100,000 ever since, amid fresh shortages of chemical reagent in some areas – with ministers also accused of fiddling the figures by including tests posted out but not yet completed.

A Department of Health and Social Care source argued the target had always been about showing it was possible to hit 100,000 if the demand was there and claimed it had been lower because the number of people with symptoms was falling.

“We used the language originally that we wanted to show we could reach 100,000 a day by the end of the month but we were not necessarily expecting to hit 100,000 every day,” they stated.

When he announced his pledge on April 2, Hancock noted, “I’m now setting the goal of 100,000 tests per day by the end of this month. That is the goal and I’m determined to get there.”

The latest figures came as government data showed that new infections had topped 6,000 again – the highest level for five days – calling into question the idea that demand for tests would be falling.

After the UK’s death toll became the worst in Europe on Tuesday, a further 649 deaths were announced on Wednesday, taking the total to 30,076.

While some have questioned whether the 100,000 target was arbitrary, experts say that to exit the lockdown testing will have to be widely available to members of the community again, so that new outbreaks can be stamped out.

Chris Hopson, the chief executive of NHS Providers, which represents hospital leaders, warned there were still “too many health and care staff and patients with COVID-19 symptoms who can’t get access to rapid turnaround tests when they need them”, blaming laboratory capacity constraints or testing facilities not being local enough.

He said some were now having to wait five days for test results to come back, which was not quick enough.

He also raised concerns that testing will need to be carried out on all NHS patients and staff as well as care home workers and staff “on a frequent and regular basis” if it is to be safe for more services to resume business as normal any time soon.

“The government’s initial plan of April 4 is now well out of date and desperately needs updating for this next phase,” he added.

Dr. Chaand Nagpaul, chair of the British Medical Association council, also noted the current levels of testing were not enough.

“These latest figures indicate we still have a long way to go to deliver widespread community testing and contact tracing, to be able to properly identify, contain and prevent spread of the virus. Even 100,000 tests a day isn’t enough and anything less shows we really are not prepared,” he stressed, stating, “It’s not just about sheer numbers either – these tests need to be targeted effectively.”

He added, “The government must not distract by the use of arbitrary targets. What we should have is a testing strategy that is effective, with a focus on testing those who need it the most, alongside contact tracing. Only in this way will we have any chance of getting a grip on this pandemic and having some surety in easing the lockdown.”

Jonathan Ashworth, the Shadow Health Secretary, stated that the government needed to up its game if it was serious about a mass testing and contract tracing strategy.

“First Boris Johnson promised us 250,000 tests a day, then 100,000 tests a day. He’s now telling us he’ll deliver us capacity of 200,000 a day while actual testing has dropped below 100,000 four days in a row. Testing, tracing and isolation is crucial to tackling this virus, and ministers needs to grip of this testing strategy urgently,” Ashworth added.

The health department source also announced the number may have been affected by problems with processing at one laboratory.

At prime minister’s questions, Johnson told Keir Starmer, the Labour leader, “The ambition clearly is to get up to 200,000 a day by the end of this month and then to go even higher. A testing regime is going to be critical to our long-term economic recovery.”

His spokesman later clarified that he had been talking about testing capacity, rather than actual tests carried out.

Following the exchanges in the Commons, Starmer’s spokesman noted, “We will hold him to that commitment and ask that the prime minister sets out a previous commitment to 250,000 tests a day.”

The Liberal Democrats also warned against the 200,000 target being a gimmick to chase headlines.

“Even on their dubious accounting, the government has not made the target on a single day since 30 April. The prime minister’s new commitment to 200,000 tests by the end of May must be accompanied by a proper strategy and must not be a headline chasing PR stunt,” Munira Wilson, the Lib Dem spokeswoman on health, said.

“Rather than setting another arbitrary target, we need a clear plan that sets out how widespread community testing will be scaled up and easily accessible to all who need it. A large-scale testing programme is an essential part of the plan to test, trace and isolate to keep people safe and save lives, as we ease the country out of lockdown,” Wilson added.