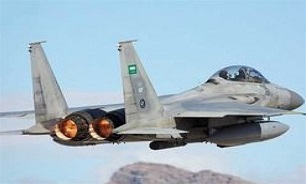 According to Yemen's Arabic-language al-Masirah television network, Saudi warplanes on Monday bombed the Majzar district of Ma’rib three times, violating a self-declared ceasefire announced by the Saudi-led coalition with the arrival of the holy month of Ramadan.

The attacks destroyed several residential buildings and inflicted other material damage, but there was no immediate word on possible casualties.