TEHRAN (defapress)- The Saudi-led coalition continues to launch airstrikes on various areas across Yemen at a time when the war-ravaged county is grappling with the new coronavirus outbreak.
News ID: 81099 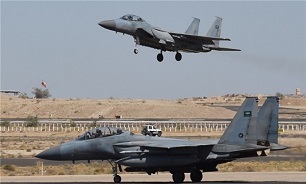 The towns of al-Khob and al-Sha’ab in Northern al-Jawf Province, the Shada’a district of Northwestern Sa’ada Province, and Qanieh region in the Central province of al-Bayda were all hit.

The coalition claimed in early April that it was halting military strikes in support of the United Nations (UN)’s peace efforts and to avoid the further spread of the new coronavirus in Yemen. However, shortly after the announcement, the coalition’s fighter jets struck positions at several Yemeni regions, and the aggression continued.

The World Health Organization (WHO) has warned that the coronavirus outbreak could rip through war-torn Yemen as its population has some of the lowest levels of immunity to disease.

The coronavirus has spread across many Yemeni cities and governorates, with the total number of infections in the country standing at 65 and the number of fatalities at 10. Many more cases are suspected to be undetected.

Saudi Arabia and a number of its regional allies launched the war on Yemen in March 2015 in order to subdue a popular uprising against its former regime, which had been allied to Riyadh.

More than half of Yemen’s hospitals and clinics have been destroyed or closed during the war by the Saudi-led coalition, which is supported militarily by the UK, the US, and other Western countries.

At least 80 percent of the 28-million-strong population is also reliant on aid to survive in what the UN has called the world’s worst humanitarian crisis.