“Nothing left of JCPOA”

TEHRAN (defapress) – Chairman of the Iranian Parliament’s National Security and Foreign Policy Commission says that Iran was the only side adhering to its commitments under the Joint Comprehensive Plan of Action (JCPOA).
News ID: 81131 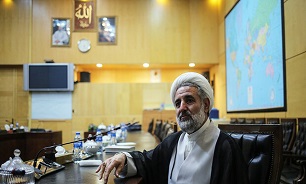 “There is nothing left of the JCPOA to discuss in the National Security and Foreign Policy Commission,” Mojtaba Zonnour told Mehr News Agency on Sunday.

According to the deal, continued the lawmaker, both Iran and other parties had some commitments and it was agreed to remove anti-Iran sanctions. “Sanctions are still in place despite the fact that Iran stuck to all its commitments.”

“We reduced our commitments to the deal because other parties do not do their part,” he said.

The JCPOA was signed in 2015 between Iran and the so-called 5+1. Iran accepted to limit its nuclear program in return for the removal of UN sanctions. Despite all the reports of the IAEA which approved Iran’s adherence to its commitments, US President Donald Trump pulled his country out of the deal in May 2018 and unilaterally imposed harshest sanctions against Iran in defiance of the international law.

Tehran implemented a 1-year ‘strategic patience’ in face of sanctions, calling on other parties to the deal to safeguard its interests. One year after the US withdrawal, Tehran announced that it would reduce commitments to the deal in 60-day intervals.

Tehran’s fifth and final step was taken in early January. Iran announced that it will observe no operational limitations on its nuclear industry, with regard to the capacity and level of uranium enrichment, the amount of enriched materials as well as research and development.

The Iranian government, however, emphasized that it will continue to cooperate with the International Atomic Energy Agency (IAEA) as was the case in the past. Iran has repeatedly announced that it is ready to resume fulfilling its commitments under the landmark nuclear deal if sanctions imposed on the country are removed and it can avail itself of the JCPOA's benefits.