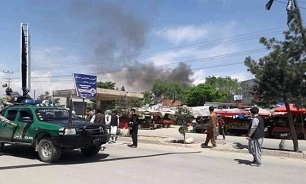 It was unclear how many gunmen were involved in the attack.

Earlier on Tuesday, the Taliban launched an attack on Afghan security forces in the northern city of Kunduz, killing eight and injuring several others.

The incident came a week after President Ashraf Ghani ordered the country’s military to resume its operation against the militants following a string of deadly attacks on security forces.

The United Nations has warned of an alarming uptick in violence against civilians and a “striking deterioration” in respect for international humanitarian law in Afghanistan.