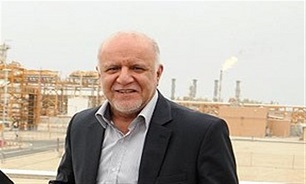 n comments at a televised program on Thursday, Zanganeh said Iran is going to extract 800 million cubic meters of gas from 27 conventional phases of the South Pars gas field.

Part of that output will be used in the petrochemical industries, a section will be exported in the form of liquefied gas, and the rest will be consumed inside the country, the minister added.

He also said that the country’s gas extraction from the South Pars stands at 700 million cubic meters at present, unveiling plans to raise the output to 750 mcm per day by the end of the current Iranian calendar year (March 2021).

South Pars, whose development has been divided into 28 phases, is located in the Persian Gulf straddling the maritime border between Iran and Qatar.

It is estimated that the Iranian section of the field contains 14 trillion cubic meters of gas and 18 billion barrels of condensates in place.