Trump Not Trustworthy for Talks After Quitting JCPOA

TEHRAN (defapress)- Iran’s Parliament Speaker Mohammad Baqer Qalibaf in reaction to a Twitter message by US president Donald Trump on talks with Iran said Trump's unilateral withdrawal from the international nuclear deal with Tehran showed that resistance is the only way to deal with Washington.
News ID: 81256 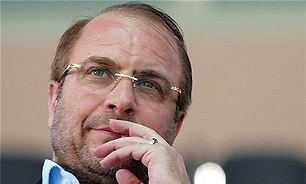 "So do not weaken and call for peace while you are superior; and Allah is with you and will never deprive you of [the reward of] your deeds," Qalibaf tweeted a verse of the Holy Quran while reacting to Trump's offer for talks.