TEHRAN (defapress) – The UN staff expresses its solidarity with US people, who took to the streets protesting against racism and police brutality, UN Secretary General Antonio Guterres said in a Twitter post.
News ID: 81261 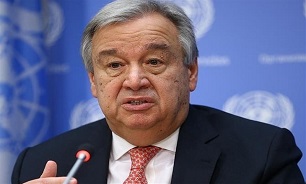 "The fight against racism is at the core of the UN’s work," he wrote. "But if racism exists everywhere, it exists within the United Nations."

Widespread unrest has engulfed many US states over the death of an African-American Minneapolis man named George Floyd, who died after a police officer kneeled on his neck and choked him to death during his arrest. On May 26, all officers involved in the deadly arrest were fired. On May 29, the policeman in question, Derek Chauvin, was arrested on third-degree murder and second-degree manslaughter charges.

To counter the riots, local law enforcement is often supported by the National Guard. So far, 40 cities, including New York, have enacted a curfew.