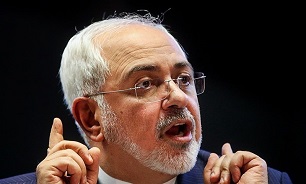 In a post on his Twitter account on Thursday, the top Iranian diplomat pointed to an article published in the Jewish Telegraphic Agency about Israel’s influence over the US Congress, saying, “If there were ever any question of WHO dictates US—& Western—policy in the Mid East, this headline screams it loud & clear.”

“Time to end #APARTHEID Israel's tyranny over Western halls of power,” the top Iranian diplomat wrote in the message.

Zarif has also attached a picture to his post, showing the title of an article published in the Jewish Telegraphic Agency.

The article has admitted that AIPAC “the leading pro-Israel lobby in the United States is telling lawmakers that they are free to criticize Israel’s looming annexation plans.”