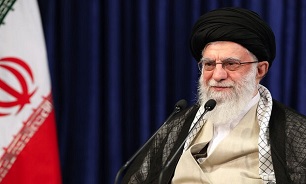 During the meeting, which was held via videoconferencing, Judiciary Chief Seyyed Ebrahim Raeisi delivered a report on the activities of the body in the past year.

Judiciary Week in Iran is named after Seyyed Mohammad Hosseini Beheshti along with 72 colleagues who were martyred in a terrorist bomb blast in June 1981. Ayatollah Beheshti served as the head of the Judiciary in the early years after the victory of the Islamic revolution.

The Leader also delivered a speech during today’s meeting, which will be published later.