TEHRAN (defapress)- Head of the Iranian Parliament’s Human Rights Committee called on Paris to apologize to the world Muslims for the sacrilegious move that has been repeated by a notorious French weekly against Prophet Mohammad (PBUH), underlining serious confrontation against the perpetrators of such moves.
News ID: 81977 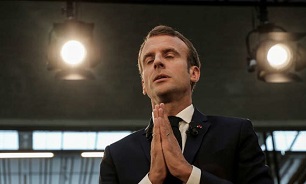 Addressing Maria Arena and High Commissioner of the Human Rights, Elahian lashed out at sacrilegious moves of different magazines in Europe including the French Charlie Hebdo.

“The insulting moves of various magazines in Europe including Charlie Hebdo have hurt the feelings of more than one billion Muslims throughout the world,” she said.

The lawmaker added that such blasphemous acts are repeated at a time when all European states, including the French regime, are duty-bound to refrain from any expression of opinion which contradicts public ethics and also fundamental freedoms and rights of others according to the binding obligations of human rights.

“Article 10 of the European Convention on Human Rights and Fundamental Freedoms explicitly states that Freedom of expression is not absolute and requires duties and responsibilities and may be subject to punishment at the condition that it endangers public health or reputation and rights of others,” she further wrote.

“All western governments especially France are expected to live up to their commitments and avoid double standards,” Elahian noted, stressing, “While condemning these blasphemous and derogatory acts and apologizing to all Muslims around the world, French government is requested to deal with the perpetrators of blasphemy effectively and seriously.”

“This move made at this point in time might also serve another motive; diverting the minds and attention of nations and governments in West Asia away from the evil schemes that the US and the Zionist regime have hatched for the region,” Ayatollah Khamenei said on Tuesday.

Ayatollah Khamenei also blasted French President Emanuel Macron and other French politicians for supporting the blasphemous acts, dismissing it as wrong and demagogic.