TEHRAN (defapress)- Iranian Foreign Minister Mohammad Javad Zarif blasted the US president's hypocrisy in criticizing the war and simultaneously selling weapons to certain countries in the region, and said that Donald Trump should come to know that war is bad in any form.
News ID: 82004 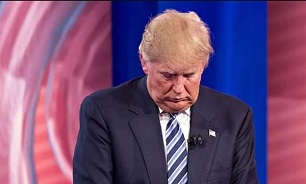 "While @realDonaldTrump admits the US thirst for war to fill the coffers of those wonderful companies, he's been busy flogging their beautiful military equipment to our region," Zarif tweeted late on Thursday.

"We get it. He thinks cold war is good for business while hot war is not. War is bad, period," the Iranian foeign minister added.

In relevant remarks in late August, Iran's Permanent Mission to the United Nations in a statement said the US goal to destroy the UN Security Council Resolution 2231 and the Joint Comprehensive Plan of Action (JCPOA) has only ended in Washington isolation.

The Iranian permanent mission's statement came after US Secretary of State Mike Pompeo claimed that Washington delivered a letter to the UN for snapback invocation against Iran to bring back sanctions in 30 days.

Referring to the process of restoration of sanctions against Iran, Pompeo further claimed that "we are confident that the trigger mechanism will be implemented against Iran".

France, Germany and the United Kingdom have announced in a statement that they will not support the US in snapback invocation against Iran which is incompatible with current efforts to support Iran nuclear deal.