TEHRAN (defapress) – Speaker of the Iranian Parliament Mohammad Baqer Qalibaf lashed out at the treacherous Arab rulers who have normalized relations with the Zionist regime, saying the move has marked a second Nakba Day.
News ID: 82039 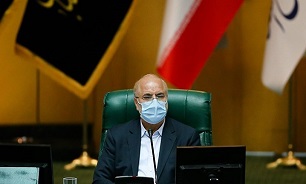 In a statement released on Thursday, Qalibaf denounced the recent decision by the UAE and Bahrain to establish ties with Israel as a formalization of years of normal and friendly relationship with the Zionist regime and an outcome of years of hostility that rulers of certain Arab states have shown to the people of Palestine.

The treacherous rulers in the region have marked the second Nakba Day and would be officially an accomplice in all crimes committed by the criminal Zionists from now on, he added.

In early September, Leader of the Islamic Revolution Ayatollah Seyed Ali Khamenei denounced the United Arab Emirates for betraying the Muslim world and regional nations by establishing ties with the Israeli regime, saying the treason would not last long while such a shame will taint the UAE forever.

Last week, Bahrain became the fourth Arab government to reach a deal with Israel after Egypt, Jordan and the UAE.

The Palestinian Authority (PA) has condemned the Bahrain-Israel normalization deal as another betrayal by an Arab state.