TEHRAN (defapress) – A ceasefire agreement in Nagorno-Karabakh starting on 12:00 Moscow time on October 10 has been reached after trilateral consultations in Moscow between foreign ministers of Russia, Armenia and Azerbaijan, Russian Foreign Minister Sergey Lavrov said on Saturday.
News ID: 82243 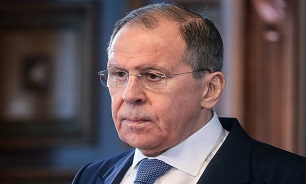 "A ceasefire is declared to begin on October 10 at 12:00 (Moscow time) with the humanitarian aim of exchanging prisoners of war and other captured persons as well as to exchange bodies of victims with the facilitation of the International Committee of the Red Cross and in line with its regulations," Lavrov stated early on Saturday citing a joint statement, signed by the foreign ministers of Armenia and Azerbaijan.

"Detailed parameters of the ceasefire regime will be agreed upon in the near future," the Russian minister stated citing the signed document, TASS reported.

The document also states that Azerbaijan and Armenia agreed to begin practical talks with the mediation of the OSCE Minsk Group representatives on the peace settlement in Nagorno-Karabakh.

"The Republics of Azerbaijan and Armenia, with the mediation of the OSCE Minsk Group co-chairs and based on the principles of conflict settlements, begin practical negotiations with the main task of reaching the peace settlement as soon as possible," the statement from the Russian Foreign Ministry reads.

"All involved parties have confirmed their adherence to the invariability of the negotiating process," the statement added.

Azerbaijan and Armenia agreed to begin practical talks with the mediation of the OSCE Minsk Group representatives on the peace settlement in Nagorno-Karabakh, a joint statement, adopted by the Russian, Armenian and Azerbaijani foreign ministers, said.

The Russian, Azerbaijani and Armenian Foreign Ministers - Sergey Lavrov, Jeyhun Bayramov and Zohrab Mnatsakanyan correspondingly - held talks on the Nagorno-Karabakh conflict settlement for more than 10 hours. Their meeting started at 16.30 Moscow time and Foreign Minister Lavrov appeared to journalists to read out provisions from the adopted statement late after 2:00 a.m. on Saturday.

Renewed clashes between Azerbaijan and Armenia erupted on September 27, with intense battles raging in the disputed region of Nagorno-Karabakh. The area experienced flare-ups of violence in the summer of 2014, in April 2016 and this past July. Azerbaijan and Armenia have imposed martial law and launched mobilization efforts. Both parties to the conflict have reported casualties, among them civilians.