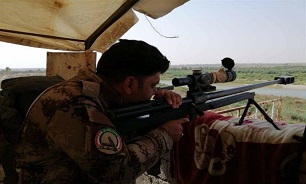 According to a statement by Hashd al-Sha’abi on Tuesday, the operation's objective is to track down Daesh terrorists in the areas north of Khanaqin, Ali al-Saadoun, and Ahmad Hilal, in Diyala, Shafaq News reported.

It added that the operation also aims to enhance security and stability, destroy terrorist hideouts, and arrest wanted persons.

In recent months, suspected Daesh militants have stepped up attacks, particularly in the area between Kirkuk, Salahuddin (north), and Diyala (east), known as the “Triangle of Death”.