Tehran (Defapress) - Iran's Ambassador to Belarus Saeed Yari on Tuesday warned about Zionist regime's goal to drag the region into a new conflict, saying that Iran will respond decisively to the terrorist act which led to the martyrdom of Fakhrizadeh at the appropriate time and place.
News ID: 82733 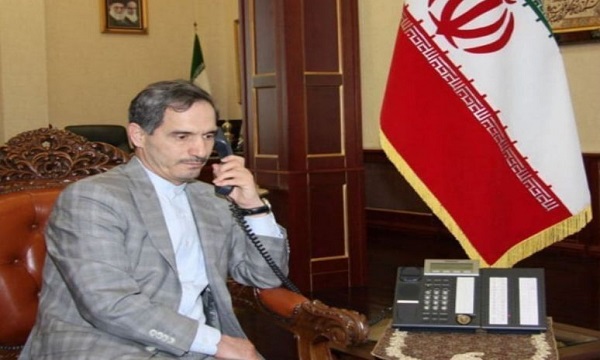 He made the remarks in a telephone conversation with the Chairman of the International Affairs Committee of the Belarus Parliament Andrei Savinykh.

Describing the assassination of the prominent Iranian scientist Mohsen Fakhrizadeh as a violation of international principles and norms and contrary to the UN Charter, Yari called for condemning the action by members of the international community.

Savinykh, for his part, condemned the terror attack while saying that Iran's response to this inhumane behavior was very far-sighted, and Iran showed that external pressures would not prevent its development and progress.

No sane person would accept such hostile and criminal behavior, and such actions violate all international rules, he said.