Tehran (Defapress) - There has been a fresh assassination attempt against Venezuela's president. Nicolas Maduro has unveiled there was an attempt against his life on the day of the parliamentary elections, which his ruling socialist party won by a landslide.
News ID: 82734 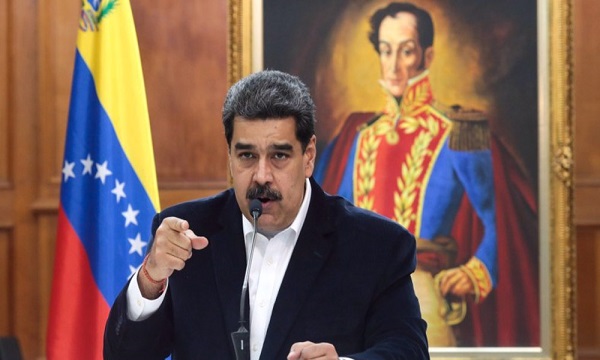 Maduro told reporters on Tuesday that he had to change his voting venue to the main military base in the capital Caracas after being informed of a plot to assassinate him.

The Venezuelan president implicated the leader of neighboring Colombia in the scheme, accusing President Ivan Duque of playing “a role in the plans to organize my assassination.”

The Venezuelan leader has on multiple occasions held to task Colombia and its ally, the United States, for having plotted to eliminate him and his senior military officials since a long time ago.

Earlier this year, he was alerted to “a decision in the north and in Colombia by the oligarchy to assassinate" him.

He said both countries were governed by extremists, recalling how Washington had orchestrated a coup to topple his government last year.

Colombia and the US recognized Venezuela's opposition figure Juan Guaido as the legitimate leader of the county after he proclaimed himself president in January last year.

Maduro gave assurances that he would continue to show courage in the face of adversity, despite tens of hundreds of schemes hatched by the imperialists and all their attempts to eliminate him.

The president also said he hoped to open channels of communication and dialog with the incoming administration of US President-elect Joe Biden.

"We have always been willing and will always be willing to establish relations with communication, dialog and respect with the government of the United States," he said.

President Donald Trump’s administration has long been mounting economic pressure on Caracas and has repeatedly threatened to use military force to topple Maduro’s government.