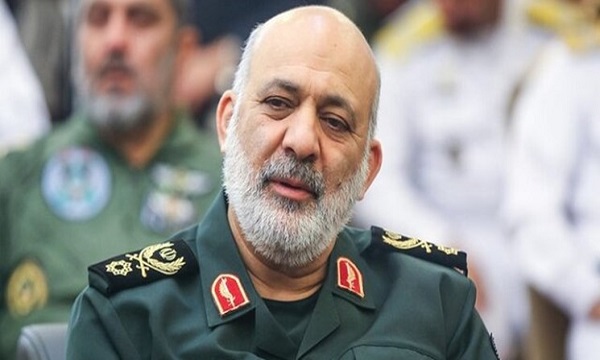 “Today, we are among the top three world countries in area of anti-armor missiles, among the top two in individual weapons, and also among the top four in the field of missiles. If we grow strong, we will always enjoy peace,” General Taqizadeh said on Wednesday.

“Today we have made good progress in the space, missiles, electronic warfare, defense and naval fields as well as many other areas,” he added.

The Iranian Army has in recent years made double efforts to increase its defensive and combat power.

The new automatic and smart missile-firing system was unveiled in a ceremony participated by IRGC Commander Major General Hossein Salami.

Addressing the ceremony, General Salami said that the flight of Iranian missiles brings fear to the enemies.

“Our missile power is a guarantee for enemies’ withdrawal,” he added.

His comments came days after Iran's home-made strategic missile defense system Bavar 373 could successfully intercept and destroy an electro-optic-guided target during the wargames codenamed 'Modafe'an-e Aseman-e Velayat 99' (Guardians of Velayat's Sky-99) jointly staged by the Iranian Army and the IRGC in October.

On the second day of the massive aerial wargames October 22, Bavar 373 for the first time within the framework of Iran's integrated air defense network, successfully detected, intercepted, fired and destroyed a target with a very low radar cross-section.

It is a mobile missile defense system designed to intercept and destroy incoming hostile targets. The system employs missiles that have a maximum range of 300 kilometers.

The system is capable of simultaneously detecting up to 300 targets, tracking 60 targets at once and engaging six targets at a time.