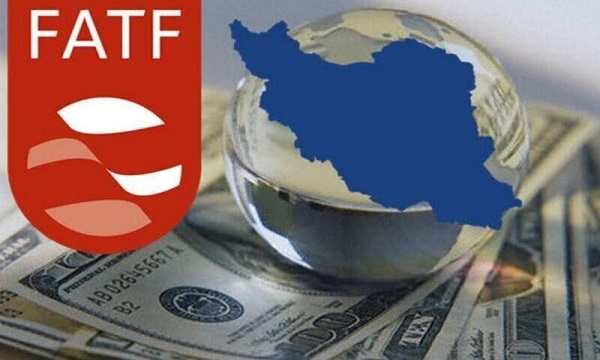 “The FATF conventions play a complementary role to [the US objectives pursued through] the nuclear deal and sanctions against the Islamic Republic of Iran,” Goudarzi told FNA on Saturday.

“The westerners who failed to shut down Iran's sanctions-bypassing windows through the nuclear deal are seeking to exert more pressure on the Iranian nation and are attempting to attain their goals via the FATF conventions,” he added.

Goudarzi said that the FATF policymakers are the US, Israel and Saudi Arabia which have used their utmost attempts to exert pressure on Iran in the past few years, even by banking and medical sanctions.

Earlier this month, Chairman of the Iranian parliament’s Councils Commission Mohammad Saleh Jokar also voiced opposition to the fulfillment of the Financial Action Task Force requirements by Iran, saying that FATF policymakers are the main supporters of terrorism in the world.

“Although the FATF claims its agenda is combat against money laundering and countering financial support for terrorists, its key policymakers play a direct role in terrorist acts around the world,” Jokar told FNA.

“The main policymakers of the FATF are those who played a fundamental and direct role in the assassination of (former commander of the IRGC Quds Force) Martyr General Qassem Soleimani, (Iranian nuclear scientist) Martyr Fakhrizadeh and our other martyrs. How can we accept the leadership of such people in the FATF?” he asked.

Jokar said that fulfilling the requirements of the FATF, specially as the country is in the conditions of sanctions, will practically disarm Iran against enemies.

The FATF placed Iran on its blacklist in February after Tehran refused to fully adopt its provisions.

The Iranian Foreign Ministry at the time denounced the move, and said the decision materialized what the US, Israel and Saudi Arabia, the three sponsors of terrorism in the Middle East, wished against Tehran.

"Unfortunately, this is also part of the politicization of international mechanisms [carried out] by the United States, Saudi Arabia, and the Zionist regime (Israel). Given their influence on these mechanisms, they are trying to politicize them,” former Iranian Foreign Ministry Spokesman Seyed Abbas Mousavi said.

"Saudi Arabia, as the central bank of terrorism and the Zionist regime as a terrorist state, are providing terrorist groups and organizations around the world with the most support," he added.

However, they blacklist Iran which has the highest level of cooperation and transparency in the field of combating money laundering and financing of terrorists, he added.

Mousavi emphasized that Iran has been implementing all laws and regulations related to money laundering and financing of terrorism for more than two years, saying, "International mechanisms have advantages and disadvantages and placing Iran on FATF's blacklist came despite all efforts we have made inside the country and all regulations we have tried to observe."

Iran has been required to fulfill dozens of FATF recommendations to enhance its status from a blacklist of non-cooperative countries, while the country is under US sanctions. The country's status in FATF has no impact on toughening or easing the US sanctions.

FATF has required Iran to implement a number of moves that include endorsement of several conventions.

Palermo bill is one of the four government bills seeking to bring Iran's anti-money laundering and countering terrorism financing standards into line with those defined by the FATF.

The parliament has approved all the measures but except for the bill that updates Iran's domestic law on countering financing of terrorism. All the rest have been rejected by the Guardian Council – a watchdog that ensures laws are in line with the Constitution and Sharia.

The bills on Iran’s accession to the Palermo Convention and the convention against the funding of terrorism (CFT) were rejected by the Guardian Council in November 2019 due to some flaws that violated the country’s Constitution. The bills were then amended by the Iranian Parliament, waiting for the next steps in the Guardian Council.

To fulfill FATF requirements, President Hassan Rouhani’s administration has proposed four bills to the parliament for approval, two of which are still undecided, including the Palermo Convention. They have been referred to the Expediency Council for final approval.

Yet, Iran has recently approved a national anti-money laundering (AML), which was a domestically-developed bill.

In its October 2019 meeting, the FATF decided to extend the deadline for Iran until February to complete reforms under the specified action plan that includes a list of 9 major moves, including the opening of its financial transactions data bank to the FATF that is headed by the US Department of the Treasury’s Assistant Secretary heading the Office of Terrorist Financing and Financial Crimes Marshall Billingslea.

The Political-Defense-Security and Legal-Judicial Commissions of the EC declared last January that endorsement of the Palermo bill would run against the country's interests.