Saudi Arabia no longer able to end war on Yemen

TEHRAN (Defapress) - The head of Sana'a negotiating team Muhammad Abdul Salam has said as the US wants the war on Yemen to continue, Saudi Arabia can’t end It.
News ID: 83671 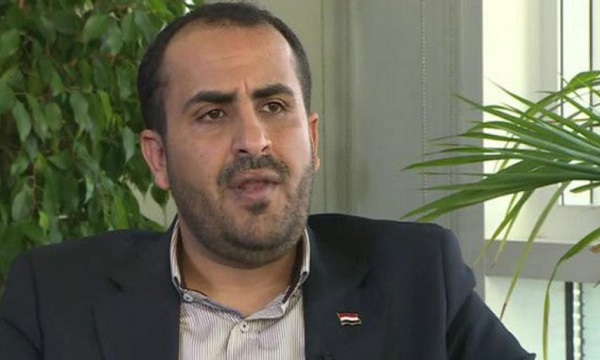 The head of the Sana’a negotiating delegation Muhammad Abdul Salam made the remarks in a recent interview with Iranian Arabic-language TV al-Alam.

"Saudi Arabia is no longer able to stop the war, adding that the United States placed a great deal of weight on Saudi Arabia to continue its aggression and blockade on Yemen for strategic reasons, whether through escalation, arms sales, blackmail, and many, many other aspects,” the Yemeni top negotiator said, according to a translated edition of his words by al-Mayadeen.

“stopping the war and lifting the siege on Yemen is the only gateway to peace.”

“We are ready for Saudi Arabia’s announcement of ending war and lifting blockade, providing guarantees to the Sultanate of Oma, and announcing the cessation of any military operations on our part," Abdul Salam stressed.

The head of the Sana’a negotiating delegation also said that he had met with Saudi officials in Jeddah, Riyadh, and Dhahran in southern Saudi Arabia, as well as in Sana’a, Yemen's capital.