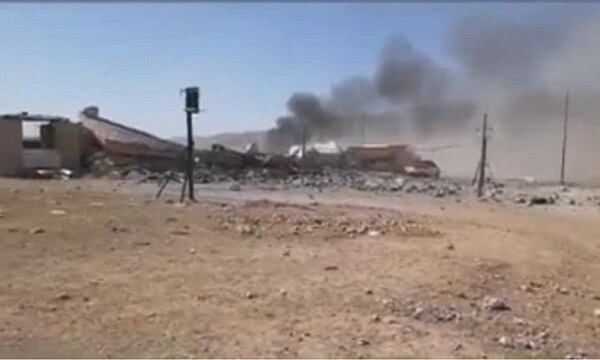 Turkish bombers targeted a hospital in northern Iraq in the city of Sinjar on Tuesday.

He added that Turkish fighter jets also bombed all those trying to evacuate the wounded from the hospital.

In this regard, Haidar Shashoo, the commander of the Yazidi forces in Sinjar, told Shafaq News that the medical unit that was bombed twice was affiliated with the PKK.

Meanwhile, an official security source said that according to preliminary reports, 10 people were killed and wounded in the airstrikes.

Despite condemnation and opposition on the part of Iraq's central government and the Kurdish authorities in northern Iraq, Turkey is continuing its military intervention on Iraqi soil allegedly targeting the PKK elements. The Iraqi government has asked Turkey and the PKK to take their fight out of Iraq but its requests have fallen on deaf ears so far.