Trump not to recertify Iranian compliance with JCPOA

TEHRAN (defapress)- There are some strong indications that Trump administration is preparing to decertify Iran's compliance with the international nuclear agreement(JCPOA).
News ID: 65725 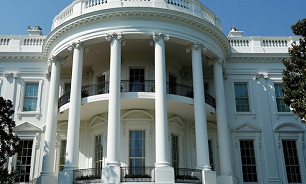 The Trump administration is giving "strong indications" that it is preparing a case to decertify Iran's compliance with the international nuclear agreement, an expert says.

If that happens, though, some analysts believe it risks alienating U.S. allies. In addition to the United States and Iran, the 2015 nuclear agreement was signed by Britain, France, Germany, Russia, China and the United Nations.

The White House sent Nikki Haley, U.S. ambassador to the United Nations, to Vienna on Wednesday to meet with officials from the International Atomic Energy Agency, which is responsible for monitoring and verifying Iran's commitments under the 2015 agreement, known as the Joint Comprehensive Plan of Action.

On Thursday, Iran's state-run IRNA news agency quoted from a letter sent by Iran's foreign minister to the U.N. agency saying the country "is abiding by its duties and responsibilities" with regard to nuclear weapons and agreements. He accused Washington of using the issue "for ill-wishing political means."

During her visit, Haley "discussed the IAEA's verification and monitoring of Iran's nuclear-related commitments," according to a statement by the agency. It provided no additional information, and a statement from Haley's office discussed her visit but shed no light on imminent action.

Analysts say recent actions by the U.S. demonstrate that President Donald Trump plans to renege on the Iran nuclear agreement. During the election campaign, he threatened to rip up the agreement, calling it "the worst deal ever."

"He's given strong indications that he's just not going to recertify it," said John Glaser, director of foreign policy studies at the Cato Institute, the libertarian think tank.

"If we were to leave the deal or deliberately abrogate it, we'd be isolated internationally and we wouldn't be able to do anything like reapply sanctions that would do any kind of damage on Iran," he added. "That's because the rest of the international community would not sort of play along."

Glaser said the other parties to the agreement "agree that Iran is compliance with the deal and agree that the deal should be kept in place because it's a robust, nonproliferation agreement. It has kind of taken military conflict against Iran because of the nuclear program off the table."

Last week, Iranian President Hassan Rouhani threatened to quit the nuclear pact if the White House issues new sanctions. Iran charged those sanctions were a violation of the nuclear accord.

"Iran has already harvested a great many of the benefits of the deal already," said Thomas Karako, a senior fellow with the International Security Program and director of the Missile Defense Project at the Center for Strategic and International Studies, a conservative think tank. "If they are considering a breakout for the purposes of [nuclear] capability, they will probably try to maximize their benefits and minimize the blowback."

Karako said one way for Tehran to get the most mileage out of the nuclear accord is to "string this along enough so as to take the tension out of the so-called snap-back sanctions."

Some analysts believe Iran has an incentive to comply with the agreement because of the lifting of years of sanctions, which had hurt its economy. Since the agreement, the country has enjoyed strong exports of crude oil and benefited from increased foreign trade and signed billion-dollar investment deals.

The White House and State Department didn't respond to requests for comment, according to CNBC.