EU Renews Support for JCPOA Despite US Pullout 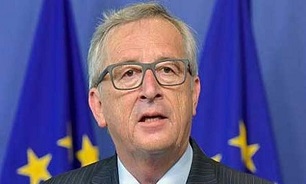 "The EU is determined to keep the 2015 nuclear agreement with Iran in place despite the US withdrawal," Juncker said on Friday, addressing a session of the Austrian parliament in Vienna.

“We are sticking to the agreement with Iran,” he added.

Juncker said the EU was engaged in "intensive talks" with the Americans about the deal, officially known as the Joint Comprehensive Plan of Action (JCPOA).

Iran signed the JCPOA with the the US, Britain, France, Russia and China  as well as Germany in 2015. Based on it, Iran agreed to restrict certain aspects of its nuclear energy activities in return for the removal of nuclear-related sanctions against the country.

US President Donald Trump announced on May 8 that Washington would no longer remain part of the Joint Comprehensive Plan of Action and promised to re-impose the highest level of economic sanctions against Iran.