Hezbollah Warns Israel against Any Aggression on Lebanon

TEHRAN (defapress) – The Lebanese resistance movement, Hezbollah, released a video on Friday, warning that if the Israeli regime makes any act of aggression against the Arab country, it would regret it.
News ID: 74045 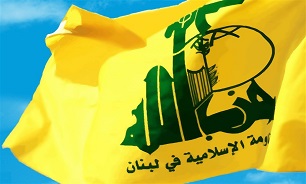 In the 73-second video footage titled “You the Zionists…, if you dare attack, you will regret it”, Hezbollah has used the Hebrew language and shown several satellite images of Israeli targets ready to be struck by the Lebanese group.

The video shows Hezbollah Secretary General Seyed Hassan Nasrallah, warning that any aggression on Lebanon would definitely be responded to.

It also shows a number of Israeli sites such as military bases, nuclear sites, the Israeli military headquarters in Tel Aviv, and the Hezbollah missiles.

In a similar warning earlier in November, Nasrallah had said that the Lebanese resistance movement will retaliate against any Israeli attack or air raid on the Arab country.

“We will retaliate against any attack on Lebanon. We will not accept any enemy aggression against our country,” he said on November 10 to mark “Martyrs’ Day”.

“Our martyrs’ blood protected our land, so did the ‘Golden Formula’ and Hezbollah’s missile capabilities. Our strong point is missile power because the Lebanese army is forbidden from acquiring state-of-the-art missiles and military hardware,” he added.