Iran's authority never to be affected by Warsaw Conf. 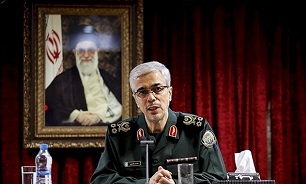 Poland has promised not to talk against Iran in its ongoing meeting, he said, adding that, 'we should wait to see how Polish are loyal to their promise.'

US Secretary of State Mike Pompeo in the course of his tour to Middle East on Jan. 12 revealed organizing an international conference focused on Iran’s regional activities on Feb. 13-14 in Polish capital Warsaw in the presence of US allies including some leaders of Persian Gulf littoral states especially Saudi Arabia and Zionist regime. It is said that some terrorist groups have also been called to participate in this Conference.

Major European countries, in addition to regional countries such as chief Arab countries and Turkey, have refrained from participating in this Conference.

Poland will host this Conference at the time that Iranians welcomed more than 100,000 Polish refugees almost 70 years ago. Today, even people of neighboring countries consider Islamic Republic of Iran as a safe haven on difficult days.