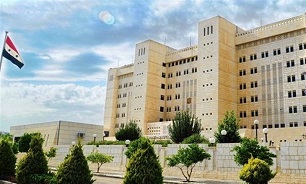 A Syria Foreign and Expatriates Ministry official said the decision is proof of Britain’s deep-rooted hostility against Lebanon, describing London as the godfather of partitioning the Arab nation via the infamous Sykes-Picot agreement that literally cut the Middle East as we know it into pieces, SANA reported.

“Britain has also been a constant and main partner in all forms of aggression against the Arab nation, beginning with the tripartite aggression on Egypt, and most recently taking part in the tripartite Western aggression on Syria in April 2018, which showed Britain subservience to the US project in the region,” the official added.

The official went on to say that it is no secret to anyone that Britain is harboring various Takfiri organizations to serve Israeli interests in the region.

“Those who follow such policies are devoid of credibility, and have no right to level accusations at anyone, particularly against Hezbollah which is a national resistance movement against the Israeli occupation, and its legitimacy is guaranteed by international law and the UN Charter, not by an unjust decision made by a history with a dark history of enslaving people and usurping their rights.”

UK Home Secretary Sajid Javid said on Monday that the government will designate the entire Hezbollah organization as a “terrorist” entity as of Friday subject to the approval of the parliament.

Javid, an extreme right-wing politician of Pakistani origin, said the UK government was no longer able to maintain a distinction between Hezbollah’s political and military activities and thus will include the group’s political unit in its blacklist.

“Hezbollah is continuing in its attempts to destabilize the fragile situation in the Middle East – and we are no longer able to distinguish between their already banned military wing and the political party,” said Javid, adding, “Because of this, I have taken the decision to proscribe the group in its entirety,” he added in a statement.

Britain has become increasingly angered by Hezbollah’s role in an anti-militancy campaign in Syria, where London has for the past eight years supported terrorist groups opposed to the government of President Bashar al-Assad.