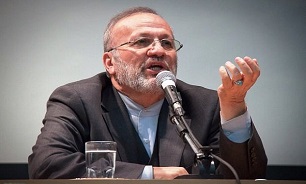 “Historical violence lies hidden in Western culture, and once in a while, it rears its head and reveals itself to the world in covert or over incidents,” wrote former Iranian Foreign Minister Manouchehr Mottaki in a series of tweets on Tuesday.

His remarks were in reaction to the Friday terrorist attack on two mosques in the city of Christchurch in New Zealand, which left as many as 49 Muslims dead and dozens of others injured.

“Savagery and violence have always existed and been internalized in the Western history and culture. They have always been there…but media have covered them up in wrapping papers,” he added.

Mottaki then pointed to some examples of Western violence, such as the massacre of 1.5 million Algerians and the Rwandan genocide by France, the slaughtering of nearly 100 million native Americans by European colonists, the death of 100 million people in the two world wars, or the killing of four million Vietnamese by Americans.

“The West has violated laws, conventions and human rights over and over to achieve its greedy goals in Palestine, Bosnia, South America, etc,” he added.

He said when the New Zealand mass shooting took place, Western media started to mend the tarnished image by describing the murderer as an outlaw with a mental disorder.

He also censured BBC for refusing to use the term terrorist for the Christchurch shooting perpetrator in a bid to reserve the label exclusively for Muslims.