US sanctions ICT min. in yet another futile anti-Iran bans

TEHRAN (defapress) – In yet another desperate move, the United States imposed sanctions on Iran’s ICT minister Azeri Jahromi on Friday for his alleged role in “widescale internet censorship.”
News ID: 79333 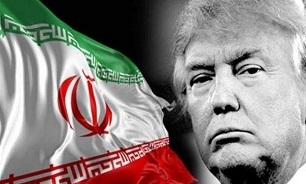 The sanctions imposed on Mohammad Javad Azari-Jahromi would block any of his property under US jurisdiction, the US Treasury Department said in a statement, adding that US regulations generally prohibit dealings by US persons, or those transiting the United States, in such property, Reuters has reported.

Washington has been imposing sanctions against Iran since it illegally withdrew from the Iran nuclear deal (JCPOA) in May 2018 in a bid to persuade Iran to renegotiate a nuclear deal, but its attempt has been proven futile. Iran says that it will not hold any talks with the current US administration until it returns to the JCPOA and lifts all illegal sanctions.

Although the Iranian economy suffered setbacks during the first year of sanctions, it has shown signs of recovery this year despite increasing US sanctions. It was reported earlier today that the inflation rate has lost momentum and it dropped compared to the last month by more than 1.5%.