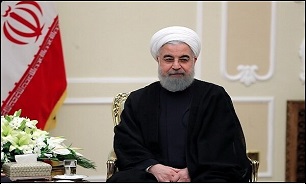 According to bernaman.com, besides the Emir of Qatar Sheikh Tamim Hamad Al Thani; Turkish President Recep Tayyip Erdogan; and Prime Minister of Pakistan Imran Khan, Iranian President Hassan Rouhani is expected to join the summit, which will be held at the Kuala Lumpur Convention Center from Dec 18 to 21.

The event will be a significant forum for Muslim leaders to discuss the current situation faced by Muslim community around the world, Prime Minister Tun Mahathir said.

He said it has come to the stage where Muslims everywhere are being oppressed.

“The Muslims are labelled as terrorists, and there is now a feeling of fear of Islam. It is quite obvious to everybody that the situation is getting worse."

“On the other hand, that oppression does not seem to worry anyone,” he said in a video message posted on official KL Summit 2019 Twitter account, today.