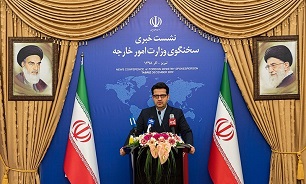 In a statement late on Friday, Mousavi expressed condolences to the Afghan people and government as well as the families of the victims of the "inauspicious" terrorist attack that hit a ceremony marking the death anniversary of Abdul Ali Mazari, a political leader during and following the Soviet invasion of Afghanistan.

The attack, which killed at least 29 people and wounded more than 55 others, was the first major attack on the Afghan capital since the US reached a troop withdrawal agreement with the Taliban.