TEHRAN (defapress) – Iranian Foreign Minister Mohammad Javad Zarif said that while even the US needs others’ help to battle the coronavirus pandemic, Washington refuses to end its sanctions against Iran, which hamper the country’s COVID-19 response, stressing that the world needs to defy the embargoes.
News ID: 80627 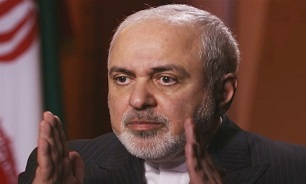 “Even the world’s largest economy needs others to help it fight the pandemic, yet refuses to halt its #EconomicTerrorism against Iran,” he added, citing a Wall Street Journal headline about US President Donald Trump requesting supplies from South Korea to help combat the coronavirus.

“Does the US want a ‘forever pandemic’?” the Iranian Foreign Minister wondered.

Zarif went on to say, “Moral imperative to stop observing the bully’s sanctions (against Iran).”

Over the past week, calls have been growing on the international stage for the US to lift the illegal sanctions, which have hampered Tehran’s access to lifesaving medical supplies at the current critical time.

Turning a deaf ear to those calls, the US has instead claimed readiness to aid Iranians, with Trump saying “all they (Iranians) have to do is ask.”

Iran has roundly denounced the claims as hypocritical, saying if the US genuinely sought to help it out, it should lift its sanctions targeting the Islamic Republic.

Trump and his secretary of state Mike Pompeo have, on several occasions, extended a self-proclaimed helping hand towards Iran, with the top American diplomat accusing the Iranian medical system of suffering from weakness in the battle against the new virus.

Tehran has rejected Washington’s offer as meaningless as long as Washington keeps the economic bans in place and prevents Iran from utilizing its own resources in the fight against the disease.