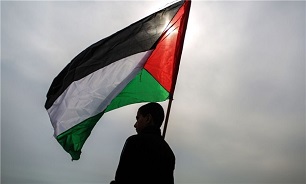 The shows, Umm Haroun and Exit 7, are being broadcast by the Dubai-based Middle East Broadcasting Center (MBC), a Saudi TV network, Al-Jazeera reported.

They are among many dramas and soap operas that air each night during the Muslim holy month of Ramadan, which began last week.

Hazem Qassem, a Spokesman for Hamas said TV dramas should be "expressive of the people and their ideas" and not the other way round.

"Some Arab dramas that were produced this year do not respect this matter, and they tend to spread strange ideas that call for coexistence with the occupation, and dare to question the Palestinian cause," he told Anadolu news agency.

Qassem affirmed that "Israel is a threat and will always remain the first enemy of the Arab nation".

Musab al-Braim, the Spokesman for the Palestinian Islamic Jihad movement, also condemned the broadcast, terming it "a historic blow" to all Arabs and Muslims.

"It reflected the mentality that governs the institutions and states behind such productions … It appears that they have been stripped of all their moral principles," he said.

Salama Marouf, the head of the Government Press Office in the besieged Gaza Strip, stated that the use of television this way demonstrated the desire to change the impressions of Arabs towards the Palestinian cause.

"The call to establish normal relations with the Israeli occupation is a moral and ethical downfall, especially since it came out of the countries and parties that should be primarily among the first advocates of Palestinian rights," he added.

Saudi officials have yet to comment on the matter.

Unlike Jordan and Egypt, both of which signed peace treaties with Israel, other Arab states officially deny having relations with Israel.

Saudi Arabia, the United Arab Emirates and Bahrain, which traditionally championed the Palestinian cause, have moved closer to Israel in recent years as they see Iran as a bigger regional threat.

At the time, Saudi Arabia announced it appreciated Trump's efforts and called for direct Israeli-Palestinian talks.

Trump's proposal sidelined Palestinians and is in violation of UNSC Resolution 242 that called on Israel to withdraw its forces from territories it had occupied in the Six-Day War, as well as the return of refugees.

It envisions the Israeli annexation of large swaths of the occupied West Bank, including illegal Jewish settlements and the Jordan Valley, giving Israel a permanent Eastern border along the Jordan River.