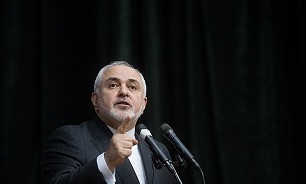 "Our thoughts and prayers are with the great and resilient people of Lebanon. As always, Iran is fully prepared to render assistance in any way necessary. Stay strong, Lebanon," Zarif tweeted on Wednesday.

Lebanese authorities said at least 78 people have been killed and some 4,000 wounded in a massive explosion at the port in the capital, Beirut.

The explosion on Tuesday sent shockwaves across the city, causing widespread damage even on the outskirts of the capital.

The cause of the explosion was not immediately clear. Officials linked the explosion to some 2,700 tons of confiscated ammonium nitrate that were being stored in a warehouse at the port for six years.

Aoun said that it was "unacceptable" that 2,750 tons of ammonium nitrate were stored in a warehouse for six years without safety measures, according to statements published on the presidency's Twitter account.

He also pledged that those responsible would face the "harshest punishments" and said a two-week state of emergency should be declared.