most visited
world << world
In a statement: 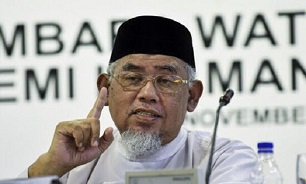 While condemning the assassination of Iranian scientist, Mohd Azmi Abdul Hamid expressed his deep sympathy with the Iranian people and the family of martyr Fakhrizadeh.

This assassination does not prevent the Iranian people and government from standing up against US and Israeli state terrorism, he added.

The assassination of Martyr Mohsen Fakhrizadeh after the US assassination of Iran’s top general martyr Qassem Soleimani could have serious and dire consequences for the region and the world, the statement is read.

Assassination of Iranian scientist was carried out with the aim of putting maximum pressure on Iran to prevent scientific and defense advances, he added.