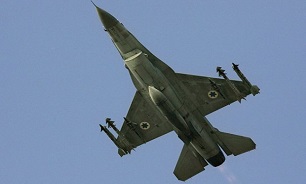 "I can confirm that a plane crashed in northern Israel. We have no information about casualties," the spokesperson said. She did not comment on the cause of the crash.

An Israeli television channel reported that the crashed plane was an F-16 fighter jet. Earlier, the Israeli army claimed that its helicopter downed an Iranian drone and struck at what the Israeli military claimed to be Iranian targets in Syria, prompting firefrom the Syrian air defense systems.