TEHRAN (defapress) - The Civil Aviation Organization of Iran lifted a month-long ban that prevented the Aseman Airlines from operating its ATR planes after a fatal crash in February.
News ID: 69273 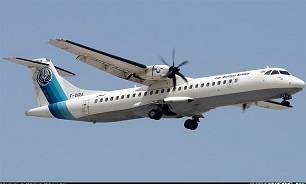 The public relations department of the Civil Aviation Organization said the temporary halt on the employment of ATR 72-200 and -500 models by Aseman has been lifted after release of a preliminary report on the recent crash.

On February 18, an ATR plane, flying from capital Tehran to the city of Yasouj, crashed into mountains in southwestern Iran, killing all 65 people on board.

The permission for resumption of ATR flights owned by Aseman came a few days after CEO of the Iranian airline complained about the heavy losses his company has made after the ban.

Last week, a preliminary report by the Civil Aviation Organization mentioned medical history of the pilot of the doomed plane, citing his open-heart surgery and the medical limitations in his license.

According to the report, renewed license of the 62-year-old pilot of the plane had imposed limitations on his flight conditions, while the airline had failed to take into account the medical restrictions.