Iran’s own fleet of tankers may provide a lifeline for its crude and condensate exports that’ll be slashed as US sanctions against the Persian Gulf nation take hold.
News ID: 71980 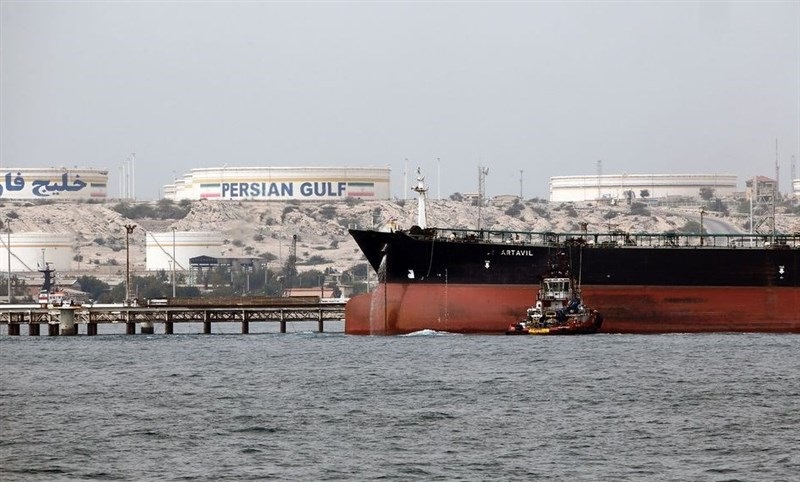 TEHRAN (Defapress) – As Iran’s customers give in to mounting US pressure, shipments from the OPEC member may drop to under 1 million barrels a day by mid-2019, down from a daily 2.5 million this year, according to industry consultant FGE, a preeminent global oil and gas/LNG consultancy which provides leading independent research, analysis, consultation and advisory services.

Still, the Middle East nation’s cargoes to China in the past few weeks show how changing vessel ownership and contract terms may help it sustain flows to buyers.

The nation’s oil sales have been falling since US President Donald Trump in May pulled out of the 2015 nuclear deal between Tehran and world powers.

Its top buyers in Asia including South Korea and Japan may halt all imports, while India may cut purchases by half. That leaves refiners in the south of China, which has rejected the US request to halt purchases, as the main customers, FGE says.

“Iran could easily transport the entirety of its exports using its own fleet” assuming exports are at a million barrels and China is its main destination after the sanctions come into effect Nov. 4, according to an FGE note dated Aug. 23, Bloomberg reported.

In July and the first two weeks of August, all China-bound exports of the Persian Gulf state’s oil were loaded on Iran-owned tankers as Chinese shipowners pulled out, FGE said. Contract terms for the purchases were also switched to a delivered basis in a bid to minimize risks for oil lifters.

The vital role played by Iran’s fleet of very large crude carriers, or VLCCs, Aframax and Suezmax tankers, in delivering crude to customers is increasing as insurers and international shipping companies react to the impending renewal of sanctions.

So far this year, about half of Iran’s 2.5 million barrels a day of crude and condensate exports have been made by domestic vessels. Taking into account an average voyage time of one month and the make-up of export destinations, the country is utilizing about 30 percent of its fleet capacity for its own cargoes, FGE estimates.

Following the sharp decline in exports, Iran will have to hoard about 140,000 barrels a day of South Pars condensate in floating storage in order to keep its energy sector in balance, says FGE. As much as 98 million barrels of Iranian shipping fleet capacity could be used for condensate storage, according to FGE.

South Pars is an ultra-light oil -- a by-product of gas production -- that’s highly sought after by simple processors in South Korea, Japan and China for the production of petrochemicals. Some of these buyers have had to rush to procure other raw materials such as naphtha to deal with this shortfall.