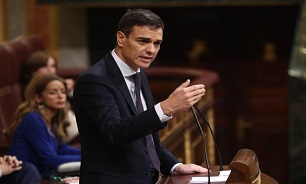 "I am announcing the reform of the Spanish Constitution to cancel personal privileges in Spain. We want to reach a consensus," Sanchez said, Sputnik reported.

The Prime Minister addressed the high level of protection from the legal system that Spanish MPs enjoy, particularly because it allows them to avoid corruption charges.

He also mentioned that the 2019 budget proposal would be presented before parliament between November and December.

Earlier this year, Spain's People's Party, led by the previous PM Mariano Rajoy, was fined by Spain's High Court for its involvement in the "corruption scheme," while several officials of the party were found guilty of embezzlement, tax evasion, and other offenses. The case led to a no-confidence vote in the parliament, which made Rajoy resign and put Sanchez in power.