TEHRAN (defapress) – The US has agreed to let eight countries -- including Japan, India and South Korea -- keep buying Iranian oil after it re-imposes sanctions on the OPEC producer on Nov. 5, a senior administration official said.
News ID: 73445 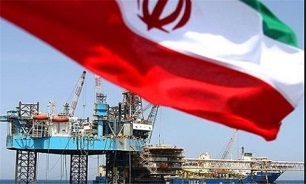 While the Trump administration’s goal remains to choke off revenue to Iran’s economy, waivers are being granted in exchange for continued import cuts so as not to drive up oil prices, said the official, who asked not to be identified before Secretary of State Michael Pompeo announces the number of exemptions later on Friday.

China -- the leading importer of Iranian oil -- is still in discussions with the US on terms, but is among the eight, according to two people familiar with the discussions who also asked not to be identified. The other four countries that will get waivers weren’t identified, Bloomberg reported.

Global benchmark Brent crude has fallen about 15 percent from over $85 a barrel last month on increasing speculation that at least some nations will get waivers, as well as signs that other OPEC members will pump more to offset any supply gap. Oil futures were at $73.04 a barrel at 7:12 a.m. in London on Friday.

Previously, Pompeo has said “it is our expectation that the purchases of Iranian crude oil will go to zero from every country or sanctions will be imposed,” but also acknowledged that waivers were being negotiated with nations that say crude from the Middle East producer is critical to their energy industry.

The waivers are only temporary, and the US will expect countries that get them to keep cutting Iranian imports in the months ahead, according to the US administration official, who declined to give details on the volume of oil the nations will be allowed to buy under the exemptions.

The identity of the countries getting waivers is expected to be released officially on Monday when US restrictions against oil dealings with Iran go back into effect. The Trump administration has asked that those nations also cut other economic ties with the Persian Gulf state, such as by reducing trade in goods that aren’t covered by the sanctions, the official said.

Countries that get waivers under the revived sanctions must pay for the oil into escrow accounts in their local currency. That means the money won’t directly go to Iran, which can only use it to buy food, medicine or other non-sanctioned goods from its crude customers.

The administration sees those accounts as an important way of limiting Iranian revenue and further constraining its economy, the report said.

“It’s a virtual certainty that Western banks are not going to violate the escrow restrictions,” said Mark Dubowitz, the chief executive of the Washington-based Foundation for Defense of Democracies who has advised Pompeo. “The message they’re sending is don’t screw around with these escrow accounts and try to get cute.”