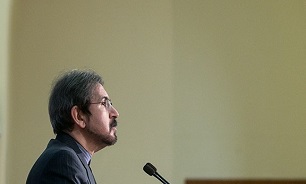 In a statement on Tuesday, Foreign Ministry Spokesman Bahram Qassemi expressed regret that Mahan Air’s landing permission in Germany has been revoked.

He said it was an arbitrary move which is likely based on wrong information disseminated by certain sides that are dissatisfied with the current relations between Iran and Germany, according to the Foreign Ministry’s website.

The spokesman also hoped that the German government would revise its wrong and undesirable decision after exploring the facts and verifying the information, because such a decision can negatively impact the transportation of ordinary people.

“It goes without saying that the move is against the mutual interests of both sides,” Qassemi added.

No logic and reason could justify such a unilateral behavior which is based on wrong information, he stated.

“A review of the history of Mahan Air’s mutual cooperation with its German partners reveals that there is no negative point in the carriers’ record,” the spokesman concluded.

On Monday, Germany revoked the license of Mahan Air under heavy pressure from the US.

Mahan Air, established in 1992 as Iran’s first private airline, has the country’s largest fleet of aircraft and has flights to a number of European countries, including France, Italy, Spain and Greece.

German government spokesman Steffen Seibert has denied that the decision to ban Mahan air was the result of US pressure.

The United States imposed sanctions on Mahan Air in 2011.