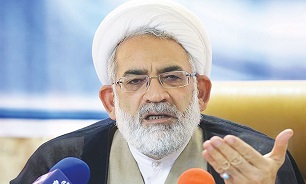 He made the remarks Wednesday on the sideline of an event in Tehran in response to a question about the possibility of extradition of Marjan Sheikholeslami, one of the embezzlers, by Canada.

“Iran’s Interpol has good cooperation with the judiciary branch but we have problems with foreign branches of Interpol, especially those countries who bear enmity with us,” said Montazeri.

He also asked the Canadian police and judiciary system to not let their country becoming a center for economic criminals which turn the face of Canada ‘ugly’.

Recently an economic corruption case came to an Iranian court indicating a major corruption in a petrochemical section of the country. One of the main suspects of the case is Marjan Sheikholeslami who has fled to Canada some years earlier.

Another major embezzler who has fled to the North American country is Mahmoud Reza Khavari, a former Iranian banker. He has been involved in one of Iran’s biggest embezzlement cases of roughly 2.6 billion. Khavari, who holds dual citizenship and owns a home in Toronto, fled to Canada in 2011 where the officials refused to extradite him due to the deterioration of bilateral ties. Interpol placed him in its red notice wanted list in February 2013.