Zarif Denounces US’ Role in Spreading Islamophobia in World

TEHRAN (defapress)- Iranian Foreign Minister Mohammad Javad Zarif, addressing the extraordinary meeting of the Organization of Islamic Cooperation (OIC) on terrorist massacre of Muslims in New Zealand, said that many anti-Islamic networks active in the West are financed by government-tied tycoons in the US.
News ID: 76340 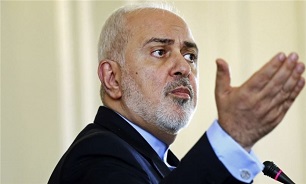 Zarif asserted in Istanbul today that the anti-Islamic networks are mainly funded by “institutions backed by affluent, government-tied tycoons in the US”.

“The anti-Muslim literature that the terrorist left behind and similar ones created in abundance in the West are a serious cause for concern,” underlined the Iranian top diplomat.

He warned the Western countries which home such pro-hatred institutes that these measures are jeopardizing international peace and security.

He urged the participant states at the event that a set of demands must be formulated and expected from the states where activities of these racist-terrorist and white supremacist groups are on the rise.

The Iranian diplomatic chief added that those counties who self-proclaim to be advocates of democracy and inclusiveness must be required to devise and offer their strategies, measures and approaches to restrain Islamophobia.

Zarif stressed that the demagogues that encourage racist terrorism and white supremacists within governments, and official and semi-official quarters should be identified.

He added that those who Western politicians fail to condemn racist and white supremacist terrorism must be discouraged and criticized.

“We should stand together against any authority who encourages Islamophobia, including through such measures as the Muslim travel ban, banning Muslim symbols such as headscarf and Minaret, and the abhorrent use of such ignorant terms as ‘Islamic terrorism’, Zarif stated, referring to US President Donald Trump who from the very beginning of his term in the White House advocated measures against Muslims in the US.

“The continued disregard by the Trump administration for the right of Muslims and Arabs has reached the abhorrent level of giving away what is not theirs, be at Al-Quds Al-Sharif or the occupied Golan to the aggressive Zionist entity which is at the forefront of violating international law while promoting Islamophobia as well as division within the Muslim Ummah,” he went on denouncing Washington’s current president for his hostile remarks and measures against Muslims and Arabs.

He also urged Muslim countries to root out terrorism and extremism within the Islamic world as he said that some in the West misuse “extremist terror groups — which have nothing to do with Islam — as pretext for fanning their Islamophobic extremism”.

He called upon the member states of the OIC to “focus more on Islamophobia and discrimination and hate practices against Muslim minorities and raise the issue, whenever necessary, in the United Nations, the Council of Human Rights and other relevant international and regional organizations”.

In the beginning of his address, Zarif thanked Turkish President Recep Tayyip Erdoğan and Foreign Minister Mevlüt Çavuşoğlu for accepting Iran’s request to hold an extraordinary meeting of the OIC on the recent cases of attacks against Muslims.

“Iran condemns this racist terrorist act in the strongest possible term, offers its deepest sympathies to the families of the victims and wishes a quick recovery for the injured,” Zarif opened his address with denouncing the attack and offering sympathies to the affected people and bereaved families.

He stressed that peace is at the core of Islam.

New Zealand Foreign Minister Winston Peters told the event that the Christchurch terrorist will spend the rest of his life in a jail cell behind bars.

He said his country attached great importance to freedom of religious belief, adding that the attacks on Muslims "are attacks on all of us".

He stressed that the attacks in New Zealand were a "turning point" for Muslims, noting that Muslim nations will not be deterred from taking steps to curb violence.

Erdogan, for his part in the meeting, said Muslim nations must take action against developments threatening the future of humanity.

Erdogan also praised Ardern's reaction to the terror attacks, calling it a model for all leaders around the world.

"Humanity should fight Islamophobia with same determination it fought anti-Semitism after the Holocaust," he added.

Erdogan thanked New Zealand authorities, people, premier for showing the truth, their firm stand against the terrorist attacks on the mosques.

The emergency meeting comes after Zarif, in a telephone conversation late on last Friday with his Turkish counterpart Cavusoglu, condemned the terrorist attack as a heinous crime, and called for an extraordinary session of the Organization of Islamic Cooperation (OIC).

Earlier on the day, hours after the twin terrorist attacks, Zarif posted a tweet where he lamented that anti-Muslim comments like those of US President Donald Trump have led to attacks on mosques and violence against Muslims.

He also posted two pictures along with his tweet showing that Trump, in his race for the White House, tells media “I think Islam hates us” and another screenshot showing hate-tweets of Australian Senator Fraser Anning who blames immigrant Muslims for violence in his country.

“Impunity in Western ‘democracies’ to promote bigotry leads to this,” Zarif said adding that both “Israeli thugs” entering “mosque in Palestine to insult Muslims” and terrorists in New Zealand livestreaming “their murder of 49 Muslims” are the consequences of the spread of Islamophobia in the Western societies.

“Western hypocrisy of defending demonization of Muslims as ‘freedom of expression’ MUST end,” Zarif urges the Western community to stop its anti-Islamic campaign.

Among the victims of the terrorist attack were nationals from Syria, Jordan, India, the United Kingdom, Saudi Arabia and Egypt.